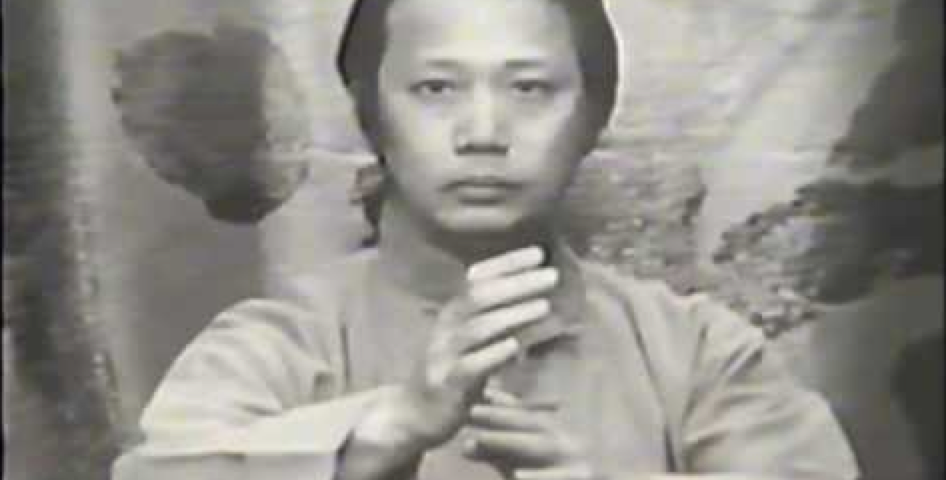 DURING THE EARLY FIFTIES in Hong Kong, the Chinese martial arts were very popular to the young people and the working class. There were all kinds of styles available such as Hung Gar, White Crane, Dragon Style and Choy Lai Fut, but Wing Chun no one had heard of. A young man from Foshan, China, Yip Man, was there in those days. He learned the style in China and later on furthered his training from Leung Bik. He began his teaching in the Restaurant Association. Later on he had his own little school in his house in the resettlement area with 100-150 sq. ft. of space. Years went by and he had taught quite a few good students; therefore, the style was becoming known to the public. At that time different styles challenged each other privately and often. Early students from Yip Man like Lok Yiu and Wong Sheung Leung were the most active and did very well in all the fights. The Kowloon Motor Bus Company main service station was located only a few blocks from Yip Man’s school and the workers were first to join the school after the restaurant workers. Then the school kids from nearby St. Frances Xavier started to join including Bruce Lee and Hawkins Cheung. The economy was very bad at that time. Refugees from China entered Hong Kong by the hundreds daily and finding a job for everyone was hard. Wages were low and the hours were long. This made it very hard to find time for students to train. The early students like Leung Sheung, Lok Yiu and Wong Sheung Leung opened their own schools and some like Tsui Sheung Tin began to teach privately.

In 1957 another early student of Yip Man’s, William Cheung, immigrated to Australia. On the way there an incident occurred when he locked himself in the sailor’s cabin and fought more than 10 sailors. This got into all the newspapers and so Wing Chun was even known in Australia then. About a year later, Bruce Lee left for the United States. Americans were exposed to his ability in the martial arts with the start of the television series Green Hornet. He began to teach the Wing Chun style to the celebrities and other famous people in California. Later on he went back to Hong Kong and made several movies that shocked the world. People from all over the world were beginning to hear about Chinese Kung Fu, especially a styled called Wing Chun. After Bruce passed away, a student of Leung Sheung by the name of Leung Ting taught a student named Gainsburg in Germany and brought Wing Chun to Germany. Then Victor Kan brought Wing Chun to England. Yip Man’s nephew, Lo Man Kam, brought the art to Switzerland and to Taiwan, his home country. Wing Chun was becoming the most popular martial art in the world. At about this time when Wing Chun peaked in popularity, Grand Master Yip Man passed away.

Prior to his death in 1972, Yip Man had stopped teaching but was consulted about Wing Chun. He had a hard life in the early years in Hong Kong but in his old age some rich students like Dung Sing and Chan Jee Chu, police detectives of The Hong Kong Royal Police, began to support him. He was considered the head of the Wing Chun family and had a few good years before his death. Unfortunately, he did not name a successor to carry on the leadership of Wing Chun. It is possible that he had not found anyone he liked, may never have found anyone who was worthy, or he was just not concerned with the issue at that late stage of his life. Whatever the reasons Grand Master Yip Man was truly the last Grand Master of the style. After his death and as time passed family members began to realize that they were on their own.

Wing Chun today is a very big family with schools all over the world. Any successful organization needs a leader to unite everyone and to help everyone work together. For a variety of reasons, those heirs and students of Yip Man who would be most qualified to unite and lead us have either been unwilling or unable to do so.

Now, 40 years after Yip Man’s death the Wing Chun family is drifting further and further apart. Without leadership, some begin to teach in their own way and some criticize others who do not agree with their way of teaching. Some even develop theories which Yip Man never taught. There are also those who claim that they are the only “true” teachers of Wing Chun. They suggest that the only legitimate teachers of Wing Chun are those whom they have tested and found qualified. Unfortunately, such claims detract from the credibility of the entire movement and will serve only to divide the Wing Chun family. Wing Chun is a style of martial art we are talking about, an art of fighting. One has to learn and train with it for a long period of time. One has to use it in fighting to gain the applied experience. This is very serious; it can lead to life and death. It is not something you pay me money for and I xerox a copy for you. It is not that simple. Anyone who learned, trained, and fought with it for a long period of time should have understood some truths of the art. How can anyone discredit all other’s experiences and call himself the only “true” artist in the world and try to lead others with such an attitude?

The basics of Wing Chun are exhibited in the forms that Yip Man left us, but principles and theories were verbally instructed by him. Each one may interpret the ideas a little differently. I am sure Yip Man would be happy to know if we, who learned from him, would carry on the benefits he gave us. I learned to apply what Yip Man taught me. So, my style is Applied Wing Chun®. Others have their interpretation of what they learned from Yip Man. If we could have a good leadership to unite everyone together, to exchange and to accept each other’s experience and ideas with open minds then Wing Chun could thrive. Everyone would benefit in the knowledge. Without this strong bonding and support among Wing Chun members the principle and theories Yip Man left us will be diminished from generation to generation and one day no one will recognize the style. Then Wing Chun will be just a name in the history of Martial Arts.