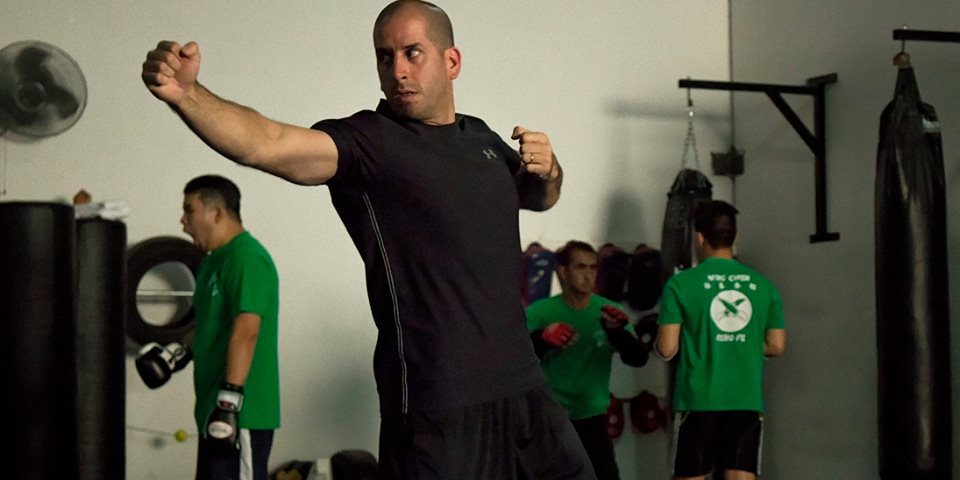 INTRO:
As one of a handful of select students to have been personally trained by the late Grandmaster Yip (Ip) Man, Sifu Duncan Leung has gone on to forge a formidable reputation of his own in the wide world of Wing Chun kung fu. It was a reputation earned through not only teaching US police SWAT teams and other elite
units in hand-to-hand combat strategies, but through the many challenge fights that led Leung to apply the lessons learnt in developing his own take on the Chinese kung fu system, which he calls Applied Wing Chun. Here, Leung’s student Sifu Henry Araneda, chief instructor of Applied Wing Chun Australia, gives us a rundown of what makes Leung’s system unique.
Wing Chun is a widely recognised martial art, due in no small way to the popularity of the legendary Bruce Lee, as well as the many other practitioners who helped put this Chinese fighting method on the map.

For many generations, Wing Chun was very much a secret fighting system, not taught to ‘outsiders’. The person responsible for teaching Wing Chun openly was the late Grandmaster Yip Man, who opened a school in Hong Kong over 50 years ago. Over his lifetime, Yip Man had many, many students, but only a select few disciples.

In 1955, Sifu Duncan Leung became one of Yip Man’s private students and a formal disciple. The Grandmaster personally taught Leung the practical applications of Wing Chun fighting techniques and gongli — the art of exerting power. This tuition took place at the disciple’s home for an average of six hours a day, six days a week, over a period of almost five years.

In this article I can only express my own interpretation and understanding of what I’ve learned in Wing Chun from many years of training, teaching and studying privately with my mentor Sifu Duncan Leung, the man responsible for shaping me into the Applied Wing Chun teacher I am today.

The truth is, there is really only one Wing Chun system, but there exists many different interpretations of that same system. Much like religion, if there are 10 students learning from the same master, they all learn the same material, but not all 10 will interpret what they are taught in the same way.

So, Applied Wing Chun is Sifu Duncan Leung’s interpretation of what he learned from Yip Man — a process influenced in no small way by his own experiences in applying the art, with both success and error, in real fights.
Applied Wing Chun curriculum

Each form in Wing Chun is like the English alphabet in that each technique is done individually, ‘letter by letter’. It is an empty shell if you do not understand the true meaning behind each move and the consequence is that you will miss the whole picture. We train our students to apply every technique derived from the forms and we emphasise using long-bridge (shoulder) techniques as opposed to short-bridge (elbow) techniques, which many other Wing Chun practitioners tend to employ.

One big difference in our interpretation of Wing Chun is that we do not block; instead, we cover. Blocking will leave you always one step behind your attacker, because in order to block you must see what is coming at you and then react specifically to meet it. Covering, on the other hand, allows you to always be one step ahead of your opponent. By leaving a certain area exposed intentionally as bait enables you to sense where the attack is coming from ahead of time and all you need to do is cover the area that is exposed.

We also encourage students to use real power when applying the techniques. There is a misconception that in Wing Chun you shouldn’t use power. I’ve heard many teachers say, ‘Wing Chun does not use power, and if you use power that is not Wing Chun’. What they really mean is that you shouldn’t use brute force against force, but you can of course use power to cover, redirect, pull, jam, etc. and, most importantly, to strike.

When practising Wing Chun, the student should always assume he/she is smaller, weaker and slower than their opponent, and take these disadvantages into account when trying to overcome the enemy.

Sifu Leung often says, “You have to use the right tool to do the right thing”, meaning that if you are using a tan-sau (palm-up redirection) in chi-sau (sticky hands), it’s the perfect solution to stop the other person’s fook-sau (bridge on hand) from coming in, but having said that, you can’t expect to be able to apply that tan-sau against a right-hook coming with power, or against a powerful roundhouse-kick. In such situations you would be better off doing a kwan-sau (rotating arms), as shown in the image sequence here.

In Applied Wing Chun, there are various fighting guards, apart from the most common and well-known Wing Chun guard (with both knife-hands in front covering the centerline, as shown in the first photo). We also use other guards in order to influence the opponent’s choice of attack or reaction, so that way we can be one step ahead of our adversary. For example, if I hold both hands low and expose my face, I can anticipate that this is where my opponent will aim his strikes and can plan my counter-attack to suit. The same will occur if I place my hands very high, exposing my stomach.

Footwork is very important to us, because it must support your whole structure; it has to be strong but flexible and enable you to move very quickly. Many masters argue about the correct footwork and some boast that their Wing Chun has the ‘secret footwork’. All I can say to every student is respect your teacher, but always use common sense in assessing what you’re being taught. If you have a guy 195cm tall and over 100kg in front of you swinging with all his might, or chasing you down the street with a broken bottle, how would you stand, move or even run? If you think about its realistic applicability in such situations, you’ll know whether the footwork you’re being taught is right for you.

Around the world today, there appear to be many teachers who don’t fully understand the true concepts and theory behind Wing Chun and some must add techniques from other martial arts to compensate for the resulting holes in their systems. It’s common to see people adding boxing techniques to their Wing Chun to be able to deal with boxers, or when they spar they just end up kickboxing, because they don’t know how to make Wing Chun work against different styles.

One of the most common mistakes — which can even be seen in the fight sequences performed by Donnie Yen in the recently released movie Ip Man — is in performing chain-punching, also called chase or roll-punching. This basically involves non-stop, straight, vertical-fist punches to the opponent’s face. The error occurs when the opponent falls to the ground and the Wing Chun practitioner kneels over him or on his side and continues delivering these punches. This goes against the most basic principle in Wing Chun, which is that the shortest distance between two points is a straight line, hence we generally strike with the closest weapon to the target. Therefore, if I am standing in front of my opponent and I want to hit him, my best option would be to use my hand to strike his upper body or face. If I were to kick him, I would deliver a low kick to his legs or groin, because that would be the closest target to my chosen weapon. But if I bend down to punch my fallen opponent’s face while he’s on the ground, it defies this principle — it would be like both of us standing and me trying to punch his feet. So instead, if our foe falls on his back we’d kick him, rather than follow him down with punches.

This theory also applies to one of our main speed training principles. According to Sifu Duncan Leung, Yip Man taught him how to overcome an opponent’s superior speed by applying the principles of the art. If you can’t beat your opponent with one type of speed, you can use another, as follows:

Speed of traveling – This is the basic bodily speed most martial artists refer to; with constant practice the student improves his speed of movement by learning to activate and relax the muscles more rapidly.
Speed of distance – This is where the centerline theory applies; taking the shortest distance between two points makes your strike arrive quicker.
Speed of readiness – With this type of speed we teach the student to react from the resting standing position, learning to never telegraph the move. In Wing Chun, the power is not generated just by the moving hand or leg attacking, but also from the other side of the body pulling back as one rotates to push out the punch or kick simultaneously.
Speed of reaction – This is gained from fighting drills, which ingrain the reactions into your muscle memory, until you are able to react without thinking.
Fight training

Many times I’ve seen people training in front of the mirror doing their fighting combinations without a live partner attacking with full speed and power. These people are missing the most important aspect of being able to apply Wing Chun. Because a fight requires at least two people, you can train and fight with yourself all day long in front of the mirror, but until you are able to apply the techniques on someone else, reacting to their counters, pressure and evasive movement, you won’t get very far.

In Applied Wing Chun, once the student has learnt the basics we start teaching them through hard training how to apply Wing Chun against any other style of martial art. When I train with Sifu Duncan Leung in China together with some of my colleagues from Europe and the United States, Sifu always hires Muay Thai champions from Thailand to be our sparring each with at least 100 professional fights like Yodkumarn Tar Tar (I-1 World Champion) or Dongsaenkaew Santichai (I-1 World Champion) just to name a couple so we can spar, knowing that the person in front of us is a professional fighter who can take care of himself and at the same time put all our techniques to the test.
Sifu Henry Araneda teaches Applied Wing Chun and Fitness Kickboxing in Hallam, Victoria – Australia.